The Winds of Change... 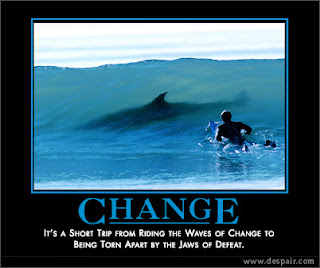 Change is such a strange thing. In some instances, it can bring great excitement and thrill to life's monotony. In other cases, it adds to life's uncertainties and hardships. So much has changed, both good and bad, since I've last written. I'm not sure what type of person you are, but personally I like to start with the bad news and then end on a positive note and since this is my blog that's exactly what I'm going to do.

Mark's most recent MRI found another brain tumor. I learned at a very young age how unfair life is, but yet it never ceases to amaze me. I hate to sound like such a pessimist but I get so angry when I think about all of the rotten people in this world who don't know what suffering even feels like. Yet this man who has been putting everyone else before himself since I've known him has endured more pain and suffering than even the rotten people deserve. I know that even trying to rationalize this does no good whatsoever and is just a waste of energy but yet I do it anyway. Mark has undergone the treatment to remove the brain tumor and is now on his 4th round of chemotherapy. He will get re-scanned in 2 months. Let's keep our hopes up for good news. His attitude is just as positive as it has ever been. He called this just "another bump in the road." I'm hoping that his road gets smooth for a long time very soon. He deserves it.

Another unfortunate change occurred in Cincinnati last weekend. My cousin's house caught on fire and he lost everything. His smoke detectors woke him up and saved his life. He does have some 2nd and 3rd degree burns, but he is lucky to be alive. I am so glad he's okay!

Grad school seems to be even more stressful this semester than it did last semester. I didn't think it was possible, but apparently it is. I have decided not to write a thesis which means I will be graduating this August (in less than 7 months!). After this semester, I will only have 5 credit hours to take this summer and I'm taking them all in the first session of summer so my classes will be done on June 22 (in 5 months!). My degree will look exactly the same but when I do go on for my PhD someday, I may have a little more difficulty getting accepted than I would with a thesis. I think it was the best decision for me and I look forward to being done with school for a while. I am officially burnt out. Now I've opened up an entire new door of stressors as I have no idea what I want to do with my life other than teach. I could teach at a community college with my master's and I'm considering that, but the pay isn't very good and the jobs are pretty unreliable. Nonetheless, there is a light at the end of this tunnel I call grad school and I can't wait to be done!

Another change seems to be that everyone is getting engaged! I don't know if it's something in the water or what but everywhere I turn people are getting engaged. Many of the people are just acquaintances of mine but two of my former roommates, Lisa and Emily both got engaged over break. I am so excited for them both but it makes me feel like we're getting old! I know we're not, but we are growing up so fast and it's scary! As our ages continue to increase, so do our responsibilities and this is the part of growing up that I dislike the most. We take for granted little things like vision insurance, which is why I've been wearing the same disposable contacts for about 3 months now. Don't worry, I'm sucking up my lack of eye insurance and am going to Wal Mart's vision center on Friday.

On that note, I must get to bed. There are a few things in my life that haven't changed. I still have terrible sleep patterns and I procrastinate by doing things such as writing in this blog instead of doing homework. :) Good night and I hope you will be experiencing nothing but positive changes in your life!
Posted by Emily at 12:23 AM 2 comments: 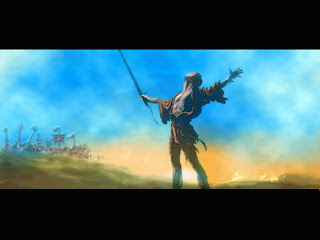 Do you smell that? It smells really nice doesn't it? If you're wondering what that wonderful scent is, it's a new fragrance called VICTORY. As usual, I counted on Google images to help me illustrate my feeling of victory (refer to the picture to your left). You may have guessed by now that I beat Pat in our 2006-2007 college football bowl game bet. I'm not sure how many of you are football fans, but for those of you who witnessed the intense game between Boise St. and Oklahoma, it is the game that determined my winning fate. Although the bowl games are not over, Pat can no longer beat me so the competition is over for us. I know this must be very disheartening for Pat. And for .2 seconds, I did feel bad for him. The look of defeat in his eyes was a little upsetting. I have to admit, the victory is a little bitter sweet for me as well. Of course winning is wonderful and that is the sweet part. Getting my room cleaned and organized is going to be really nice as well. However, if Pat would have let me bet what I really wanted to bet, I could have won an evening filled with him scrapbooking with me. It is knowing this fact that is very upsetting. But let's not fill our minds with thoughts about what could have been. I did win the bet and that is a great thing. What can I say? If you know your sports, you know your sports. :)
Posted by Emily at 11:05 PM No comments: